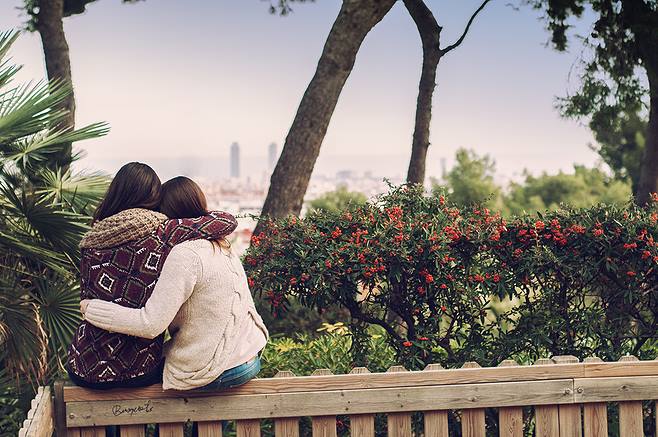 Would you call yourself a compassionate person?

Compassion is defined as the feeling of deep sympathy and sorrow for another who is stricken by misfortune accompanied by a strong desire to alleviate suffering. Given this definition, let’s look at how we express compassion currently in our culture.

When I think of caring for the wonderful animals around us, our dog and cats, we demonstrate our compassion and love by treating them well. We invite them into our homes, feed them good quality food, provide them with proper shelter, care, and love. We are outraged when we see someone harming an animal, beating them, neglecting them by leaving them in a hot car or out in the cold. Quickly, we call Animal Control or the police to have the person arrested and protect the animal from this inhumane treatment. No one wants to see an animal harmed.

The thought of having a litter of puppies or kittens destroyed because we can’t afford them or it’s not a convenient time is unthinkable. We have other options: we would take those puppies/kittens to a shelter or find homes for them. We would also consider making room in our hearts and our homes to feed, protect and shelter these precious, loving, helpless animals. Soon, they would become a part of our family and our hearts.

As a country, we have shown great compassion allocating funds for endangered species, animals that have been harmed and are on the verge of extinction. These animals have not been cared for well so we use taxpayers’ dollars to make sure we have safe habitats for the Bald Eagle, California Condor, Humpback Whales that are hunted for their oils, bluefin tuna, and elephants who have been destroyed for the sale of their tusks. We now have active laws to protect these animals and have not hesitated to donate money, time and effort to make sure that the savage abuse against them does not continue.

Today, we have a different standard of care for the unborn child in America. We have embraced the nefarious procedure of abortion as normal. Here an unborn child, a growing fetus, can be removed and sucked out piece by piece in a surgical procedure that has been touted as safe and humane based on the choice of the mother. It does not have to be based on illness or any reason other than the woman’s choice. It may be because it’s not a convenient time to have a child, it was not the partner she wanted to start a family with or having a baby would interfere with her career. Whatever choice the mother makes it’s acceptable to go to an abortion facility pay the money and have the child sucked out of the mother’s uterus to be remembered no more.

We are not at a loss for access to contraceptives: birth control pills, condoms, IUD’s, diaphragms, traditional rhythm methods, etc. These preventative measures are available to everyone. Some are given out for free on college campuses and health clinics. However, once a female becomes pregnant, whether she has used a contraceptive or not, she is given the right to destroy the unborn baby. The child that has been created and is growing in her uterus can be easily eliminated by her unilateral decision. She does not need the consent of her partner.

There are several gruesome abortion procedures to guarantee the death of a child. During the first trimester a suction procedure, a D & C, is performed to remove all of the preborn baby from the uterus and then apply scraping to the walls of the uterus to be sure no tissue is left inside the mother.

In the later stages of pregnancy, during the second and third trimester, a more aggressive and torturous procedure is implemented. To help ensure the baby will be delivered dead and not alive, the abortionist uses a large needle to inject digoxin or potassium chloride through the woman’s abdomen or vagina, targeting the baby’s heart, torso, or head. When the digoxin takes effect, the lethal dose causes a fatal cardiac arrest, and the baby’s life will end. (Even if the needle misses the baby, digoxin can still kill the baby when released into the amniotic sack, but will usually take longer to kill the child.) If the child does not come out whole a dilation and evacuation procedure is enacted. The abortionist uses clamps and forceps to dismember and remove the baby piece by piece.1 Does this sound compassionate to you?

The Unborn Child Pain Awareness Act places a fetus’ ability to feel pain at 20 weeks from fertilization. This would be close to half way through the pregnancy. Some prominent abortion supporters agree with this conservative estimate.2 Yet, science may tell us something very different. Surgeon, Robert Shearin argues that unborn babies can experience pain quite early in development. He states, “As early as eight to ten weeks after conception, and definitely by thirteen-and-a-half weeks, the unborn experiences organic pain… [At this point she] responds to pain at all levels of her nervous system in an integrated response which cannot be deemed a mere reflex. She can now experience pain.” Another doctor explains: “At twenty weeks, the child has all the parts in place – the pain receptors, spinal cord, nerve tracts, and thalamus – needed for transmitting and feeling pain. The unborn child responds to touch as early as week six, and by week eighteen, pain receptors have appeared throughout the child’s body.”3

Another noted medical and scientific professional, Maureen L. Condic, professor of neurobiology and anatomy recently presented scientific evidence concerning the ability of unborn children to experience pain at a U.S. House subcommittee. Here are a few excerpts from her written testimony: “To experience pain, a noxious stimulus must be detected. The neural structures necessary to detect noxious stimuli are in place by 8-10 weeks of human development. There is universal agreement that pain is detected by the fetus in the first trimester.3

Several doctors have also stated that these unborn babies could survive if they were delivered and could then be adopted by families who desired to love and care for the child. Research shows the earliest that a baby can typically survive outside of the womb is 22 weeks, not every infant will make it at this age. In the study “Improving Survival of Extremely Preterm Infants Born Between 22- and 25-Weeks Gestation” by Kathy Kyser and colleagues published in the April 2012 journal Obstetrics and Gynecology, 33 percent of premature babies lived after being born at 22 weeks. Roughly 80 percent of babies born at 26 weeks and 90 percent of those born at 27 weeks survive.4

Alternatively, there are several reasonable options that could be used to avoid this damaging procedure to a woman and save the life of a child. Here are a few:

It is well known that many who have undergone abortions suffer from depression, low self-esteem, addictive behavior, alcoholism, drugs, promiscuity, eating disorders, mental fog, anniversary syndrome, unprocessed grief, and the list goes on. Many post-abortive women have regretted their decision since finding out the heinous procedural steps involved in destroying the unborn child. This is not only true for the mother but true for the father as well.

Since the 1973 United States Supreme Court decision of Roe vs. Wade, we have had nearly 60 million abortions in the United States according to the Alan Guttmacher Institute, the research arm for Planned Parenthood. That’s 60 million men and 60 million women for every dead child that is represented by an abortion. Many of them are walking around with unprocessed grief and have turned to addictive behavior to deal with shame and regret. Others have pressed on only to hide this area of their life and kept it secret from their loved ones by pretending it never happened. The red blood of nearly 60 million aborted babies, has saturated in the soil of a nation that was designed to bring freedom and liberty to those who were held captive by tyranny.

It is hard to believe in this 21 Century that we applaud legislation that gives the right to kill a nine-month-old unborn baby that could easily survive outside the womb. We have gone so far as to advocate for legislation that would allow the termination of a child during an actual delivery. This horrifying scenario is reminiscent of a time in history where blacks and Jews were eliminated because they were considered inferior human beings. They were dehumanized to negate their inherent value. We are living with a horror movie script of a society that has lost its ethical, moral and compassionate moorings and willingly sacrifices its children on the altar of convenience and money.

The USA has often been heralded as a generous, benevolent country willing to assist victims and combat injustice. We are wealthy on many fronts with intelligence, technological and monetary resources. It is difficult to believe that we have embraced this culturally acceptable approach to an unplanned pregnancy by violently destroying the unborn child.

Our nation has honorably sent soldiers to fight against oppressive regimes and dictators who willingly order the torture and killing of their countrymen. We have sent our brave well-trained military using modern technology and our most advanced weapons to combat this evil in other countries. As a nation, we have used our taxpayer dollars for high military budgets to be ready and willing to support other countries against those who show a blatant disregard for life. Yet, where is this compassion to combat this evil against our own unborn babies, our future contributors to this nation? Those weakest among us have no legal rights or voice to counter the violent destruction planned for their future.  How are we showing compassion to those helpless unborn babies ready to come into this world to grow, develop and contribute their gifts to the rest of society?

America, where is your compassion for your own children?

I’m a transformational coach, inspirational speaker and compelling author who helps people, like you, uncover their true purpose by discovering your unique gifts and how you can make a difference in your life, family and community..